Julie Anna Gulenko is praised for her graceful soprano voice and sensitive musical interpretations. The northeast Ohio native is an alumna of Oberlin Conservatory, where she studied with Marlene Rosen and performed in several Oberlin Opera Theater productions. The young artist has sung in master classes with Serbian mezzo-soprano Milena Citic and Venezuelan soprano Ines Salazar. Julie embraces the worlds of opera, musical theater, and early 20th century pop. She’s recently collaborated on performance projects with the Cleveland Ballet, the Western Reserve Historical Society, and the Tuesday Musical Association Members Program. In recent seasons, Julie has appeared on stage with the vocal trio Two Gents & the Lady in New York City, New Jersey, Delaware, and Ohio. Julie was a 2017 OC Ars Vocalis Academy young artist and a 2018 and 2019 artist fellow with the Ukrainian Art Song Project Summer Institute in Toronto, Canada. In 2014, she was awarded grand prize at Festival of Song USA in New York and reprised her performance in Sicily that summer. 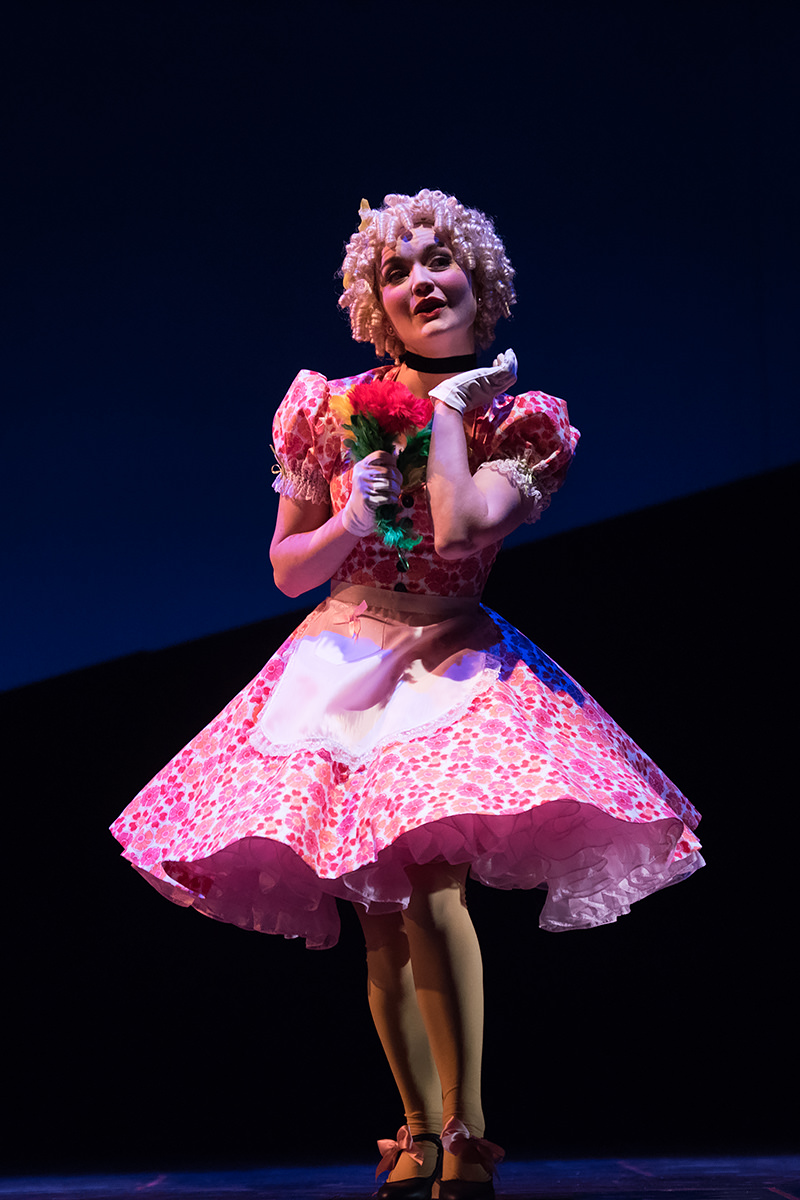 Opera, art song, and oratorio have always played a major role in Julie’s musical identity–from singing the soprano solos in works by Handel and Vivaldi with local choruses to appearing with Oberlin Opera Theater in operas by Mozart, Humperdinck, and Weill. Julie was a 2018 and 2019 fellow of the Ukrainian Art Song Project Summer Institute in Toronto, Canada. 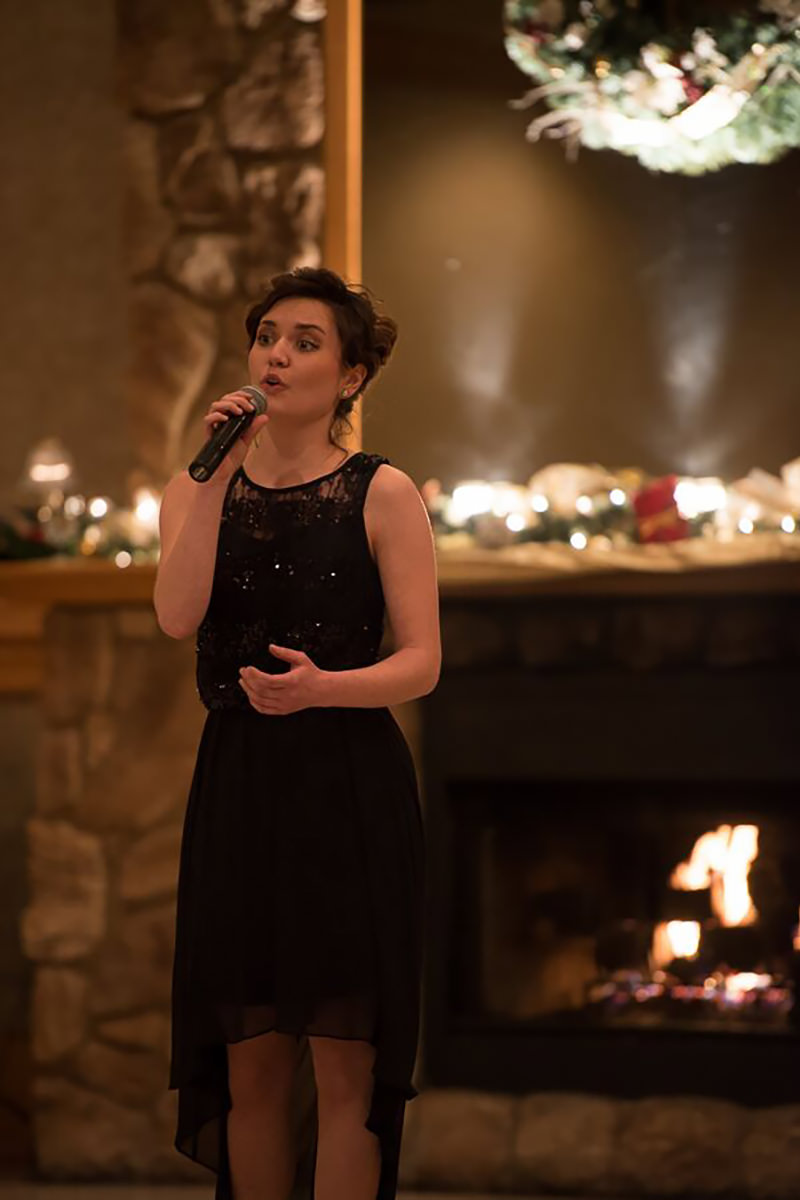 Everyone should have the chance to hear classical music live! Julie regularly brings opera and musical theater programming to restaurants throughout the region. She is the producer of monthly opera night programming at Cask 307 in Madison, OH, and at La Dolce Vita in Cleveland’s Little Italy neighborhood. 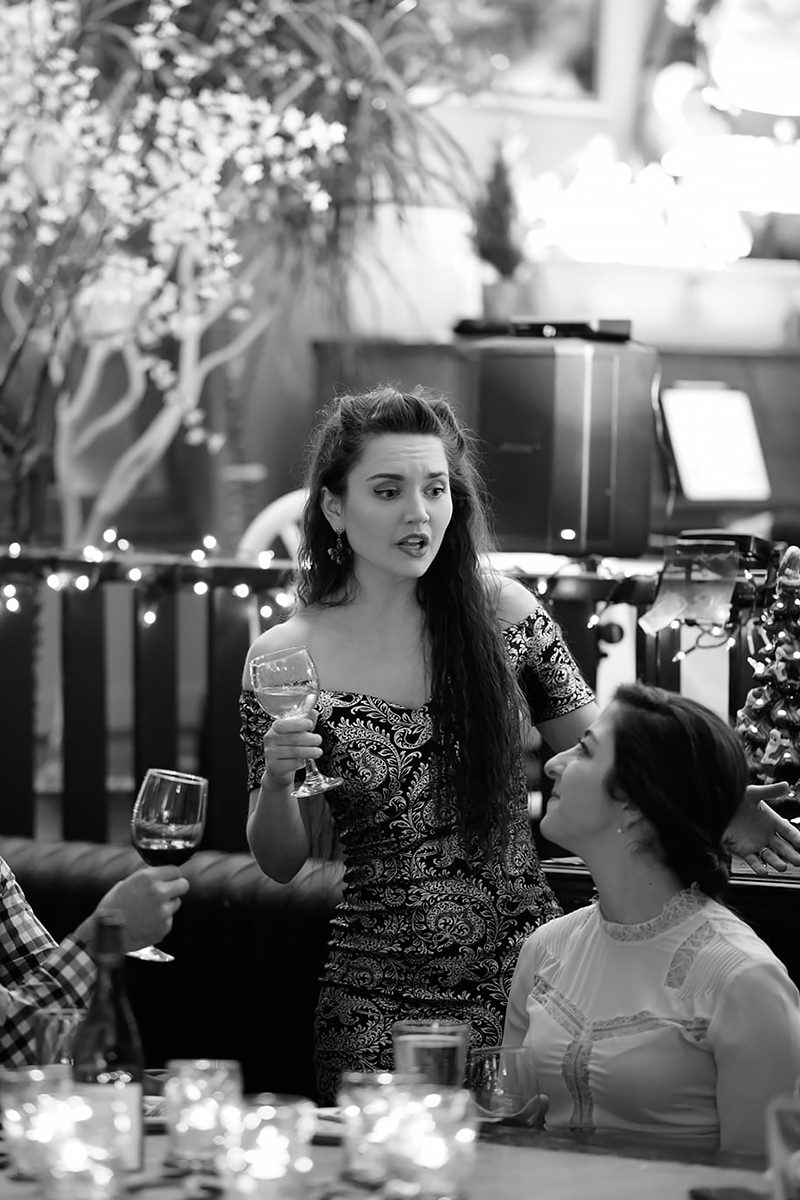 What would life be without music? Live performances boost the energy around any big day! Julie sings wedding ceremonies, first dances, cocktail hour music, holiday parties, birthday celebrations, and more all over Northeast Ohio and beyond.

Julie was mesmerized by music from infancy. Her first musical memories were made “in concert” over family brunch on Sunday’s at Sweet Henry’s Restaurant in small-town Ohio. Strangers were taken by the clear voice, expression, and precise pitch that the toddler brought to Disney tunes and church hymns. In second grade, she joined the Summit Choral Society, the local children’s choir with which she toured Germany, Austria, the Czech Republic, Sicily, British Columbia, and the western United States. After graduating from Archbishop Hoban High School, where she portrayed Cosette in Les Miserables and The Housekeeper in Man of La Mancha, Julie took her studies to Oberlin Conservatory. There she met her longtime mentor and voice teacher Marlene Rosen and performed in several Oberlin Opera Theater productions. ClevelandClassical.com noted her delightful approach to the role of Serpetta in Oberlin’s production of La finta giardiniera by Mozart. While performing at the Festa Italiana of Cuyahoga Falls while in college, Julie met tenor Elio Scaccio, who invited her to join the trio Two Gents and the Lady. Since then, the trio has made festival appearances in Columbus, Ohio; Wilmington, Delaware; Hoboken, New Jersey; New York City; and beyond. Julie was a young artist with the OC Ars Vocalis Academy in Rome in 2017, where she performed in Italian aria concerts and participated in master classes with Milena Citic and Ines Salazar. Julie was a 2018 and 2019 artist fellow with the Ukrainian Art Song Project Summer Institute in Toronto, Canada, where she worked closely with international opera singer Pavlo Hunka on the presentation of art song repertoire and performed in concert. Julie was captivated by Cleveland’s overwhelming love of music and the arts when, in 2017, tenor Jonathan Cilia-Faro invited her to perform on the long-running opera night series at La Dolce Vita. She still performs there today. Now, in 2020, you can find Julie at performing musical theater, art song, opera, and classical crossover music throughout Northeast Ohio and beyond for festivals, weddings, parties, fundraisers, and over dinner at restaurants and wineries.

“If anyone left an opera house feeling more happy and at peace, I achieved my purpose.”
~ Maria Callas ~